Early in the 20th. century Biotechnology grew at a rapid pace, man started to grow the things they needed, including computers, and creatures to assist in the mundane work.

Climate change occurred quicker than expected when the Terminal war erupted, biological and limited use of nuclear weapons polluted most of Europe and Russia. Toxic clouds of fog now circle the world and mutations both natural and lab grown that have escaped roam the countryside.

AI and cybernetic troops are outlawed after the Berlin massacre.

Police patrol the rich and paying upperclass and crime is rife.

Laws change and allow for staffing agencies to become "Sanctioned" allowing Temporary workers to be armed and do the work no one else wants to. 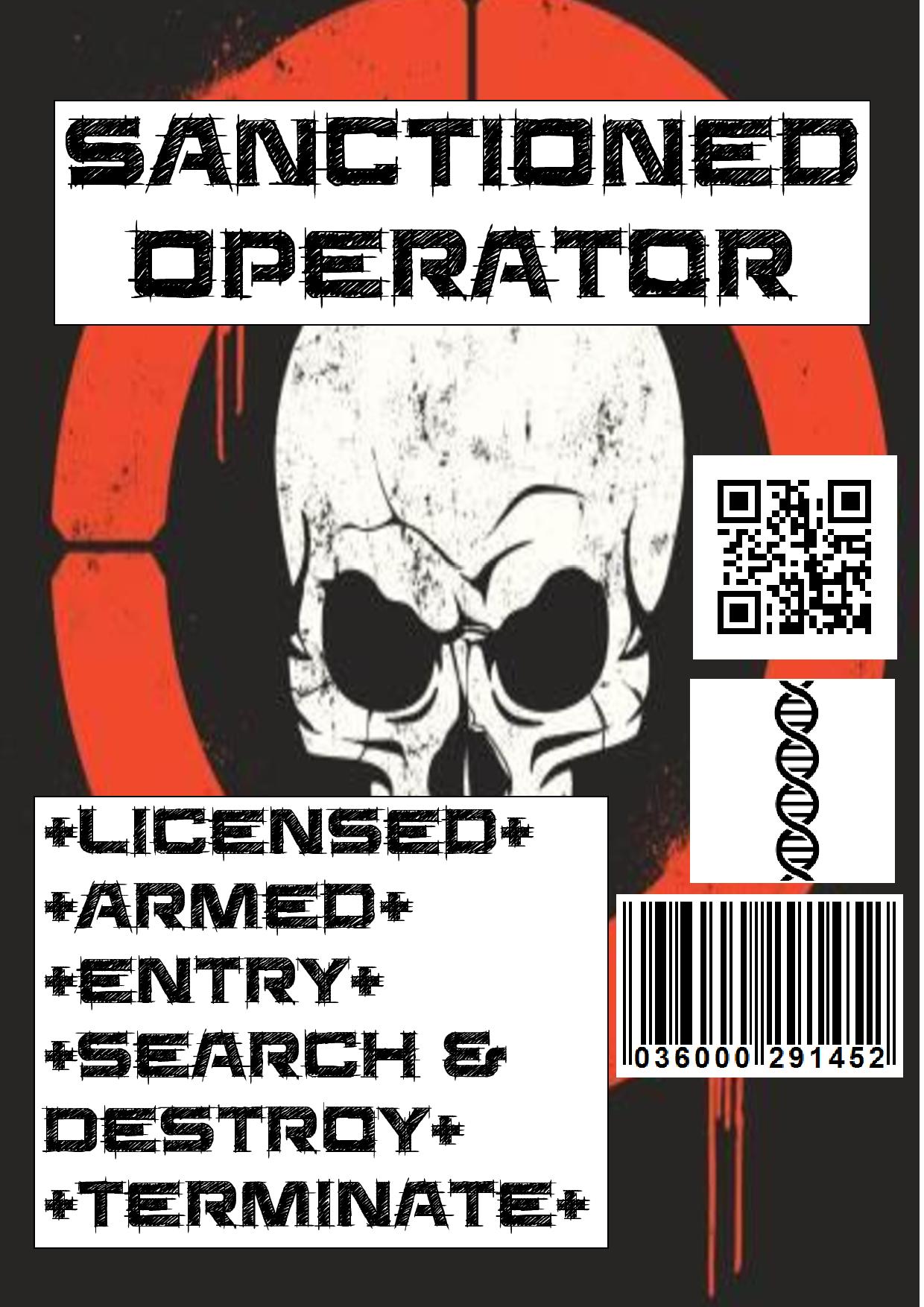 Sanction agents perform everything from escort, search and rescue to espionage work, all in the name of Dollar creds ($C)

It's a dirty job,

and you're the guy for the job.

A simple easy to learn system based on a D6 dicepool, all resolutions use 1 task level table.

This gives a total amount of dice to roll.

For a cinematic and horror elements critical success and epic fail factors are included.

In order to download this Roleplay game you must purchase it at or above the minimum price of $5 USD. You will get access to the following files: 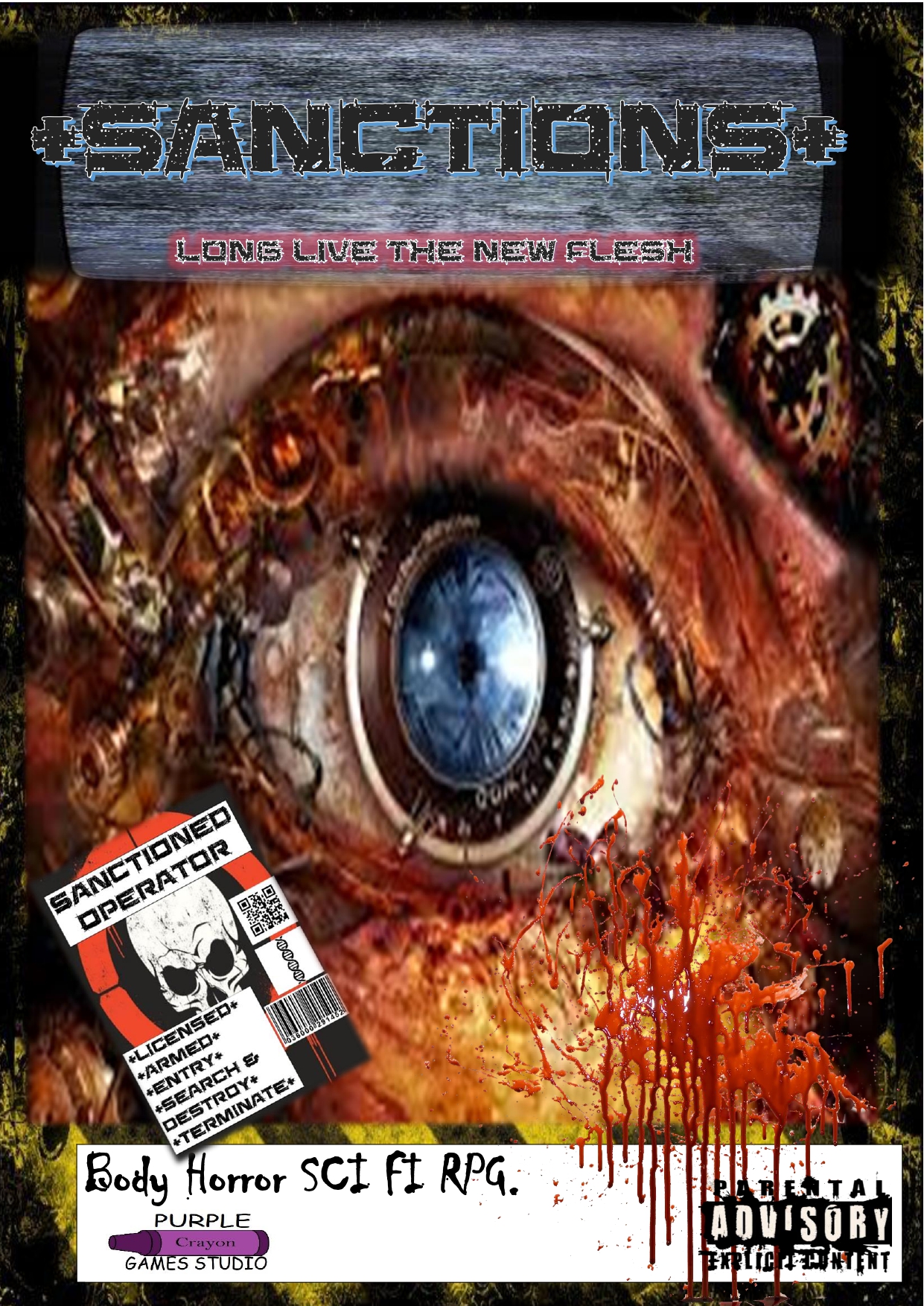 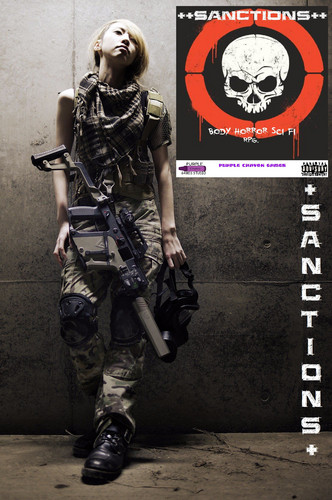 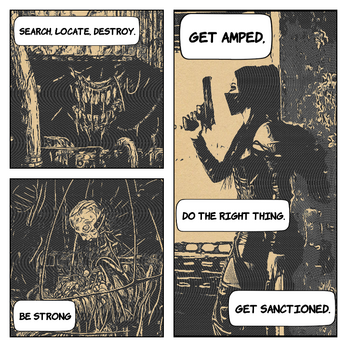 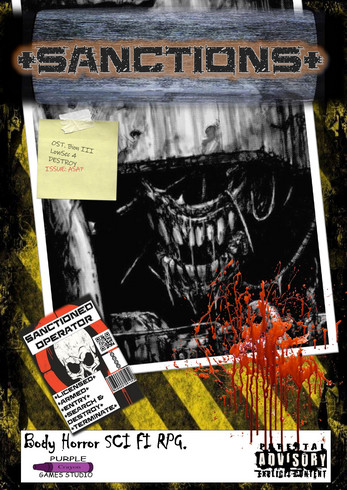